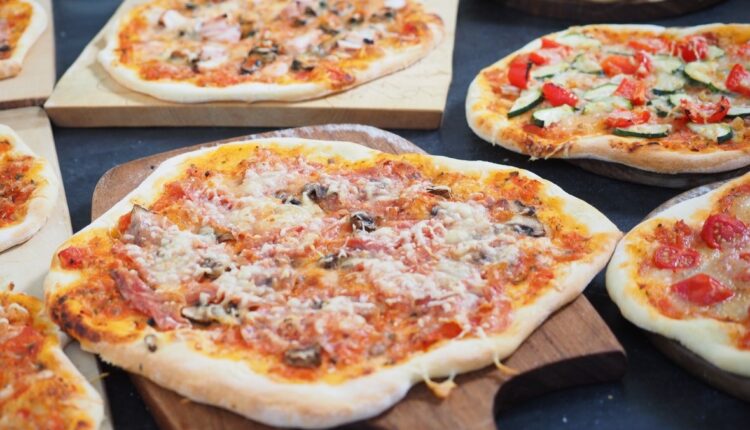 Pizza is a favourite food of people worldwide, and many people love to have a slice or two at least once a week or so. Today, pizza is a staple takeaway food of many people, and it is available in cities around the globe. There will most likely be a pizza restaurant serving delicious pizza, no matter where you are, but have you ever thought about where this delicacy comes from or who invented it? Below you will find a brief history of pizza and where it came from to give insight into the delicious food, making you appreciate it more.

Pizza is a type of flatbread, and it comes in many shapes and sizes today, but this was not always the case. You may have a personal pizza size preference, but many flatbreads would come in a standard size and were not customisable as they are today. Flatbread has been seen in the cuisine of many cultures worldwide, and there are many examples of this you can still see being enjoyed. For example, the tortilla originated in Mesoamerica and is common in many Mexican dishes and others from that region. The Middle East gave us the pita, and India gave us the naan and chapati, but the home of the pizza is in Italy.

The Italian pizza started as a flatbread with oils and herbs added to it, and it was a typical dish for the poor people of Naples, where pizza originated. In the 18th century, Naples was a centre for trade, which drew many people to flock to it seeking work and to make their fortunes. However, with so many poor people flocking to the city, there needed to be a food source readily available that was cheap, and the modern pizza was born. Initially a staple of the poor, it would be some time before the pizza you know today would be readily accepted by the masses when looking for something delicious to eat.

The Birth Of A Classic

The Margherita pizza is a classic and enjoyed by many people worldwide, and it has its roots within Italian royalty. In 1889, the king of Italy, Umberto I and his queen, Margherita, visited Naples on a country tour after the provinces unified to make the country we know today. It was there that Queen Margherita tried many types of pizza, and her favourite was one with tomato sauce, mozzarella cheese, and herbs, which to this day is still called a Margherita. The colours of the ingredients also happen to be the same as the colours on the Italian flag, red, white, and green. From then, pizza grew fast in popularity in Italy and made its way to the four corners of the earth, which is why almost every city worldwide will have a pizza restaurant or ten!