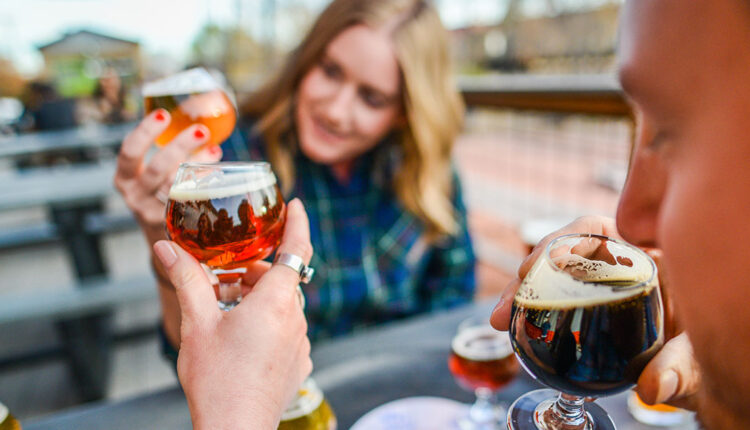 There are so many different varieties of beer, so why is it that most people prefer to drink craft beer? The biggest reason behind that is the fact that craft beer is brewed in an independent and small brewery with an extra touch of love. But if you are not convinced by that, here are five other reasons to drink craft beer.

There are so many types of craft beers that even if you tried two varieties every day, you won’t be done with all of them in a year. Every craft brewery is always striving to come up with a unique blend for beer lovers to enjoy. There are over a thousand types of craft beer in Australia alone.

You would be surprised to know that craft beer has many health benefits. It contains antioxidants, proteins, and vitamin B complex. It can keep you healthy and slow down the deterioration of your cognitive functions. If you consume craft beer on a regular basis in moderation, you will be able to enjoy these health benefits.

The watery mass-produced beers all taste the same, but craft beer has an unmatched rich taste that will definitely satisfy your taste buds. Since craft beer is brewed by small breweries, the focus of the brewers is always on maintaining or improving the flavour.

The majority of craft beers are twice as strong as your standard beer, which means you will feel satisfied in just one pint. So, you will have to spend less money on beer to achieve the same level of satisfaction. Consuming less beer also means less pressure on your bladder.

Another great thing about brewing craft beer is that the brewers rely on alternative sources of energy. Brewers also practice composting and give their spent grains to the farmers. A good craft beer brewery engages in eco-friendly practices to produce the best beer without damaging the environment. If you drink in a reusable growler, you will also help reduce waste.

Drinking the same beer every season can get boring, but that won’t be a problem if you try craft beer. Brewers make special winter, fall, and summer craft beers to satisfy seasonal cravings of people. You won’t have to settle for the same boring taste when you can get a new beer every season.

How to Fix Your Flat Beer Issues

Getting Beer & Wine Licenses In Florida: All You Need To Know!

The Michelada is More than Just a Beer Cocktail

Learn Some of The Lesser Known Facts About German Beer